Our inspiring patients are the reason the CHOP Buddy Walk® was created and why we continue to strive to create breakthroughs for every child in our care. All donations benefit the Trisomy 21 Program at CHOP and the National Down Syndrome Society. Thank you!

Charlotte’s medical journey began before she was even born. She needed heart surgery shortly after birth and continues to see multiple CHOP specialists, all coordinated through the Trisomy 21 Program. Now an outgoing 3-year-old, Charlotte loves music and making lots of new friends at preschool! Charlotte is motivated, determined and loves her big brother, Geno. “The Trisomy 21 Program has been amazing in guiding us with her learning and development,” says Charlotte’s mom. “Everyone is so wonderful with the kids and treats us like family.”

Gigi, a sassy 15-year-old, loves to dance and spend time with her mom, Tracy. Tracy turned to CHOP’s Trisomy 21 Program for support dealing with Gigi’s secondary diagnosis: Down Syndrome Disintegrative Disorder. Now, the pair looks forward to special coffee dates after each clinic visit. New to the CHOP Buddy Walk®, the family can’t wait to join the fun at this year’s event and meet other teens with Down syndrome!

K’dyn is a big fan of his siblings: twin brother Aidyn and big sister Peyan. Although the 1-year-old has many health challenges — including a heart defect that will require surgery in the near future — he’s a happy baby, who loves playing with his toys and being tickled! With the help of the Trisomy 21 Program, he’s making big developmental strides: recently crawling, standing and clapping! His family participated in last year’s virtual event and can’t wait to join CHOP Buddy Walk® in person this year!

Five-year-old Kristina is a joyful and determined little girl who loves to meet new people and play with her older brothers, Rowan and Carson. Kristina loves the movie Moana, strawberry ice cream and the Pittsburgh Steelers. She also enjoys dancing, playing with her dolls, swimming in the pool and reading books. Her family turned to CHOP’s Trisomy 21 Program for guidance at the recommendation of Kristina’s pediatrician. The active and talkative youngster is excited to start kindergarten this fall.

Seven-year-old Mateo is no stranger to Buddy Walk® — his family has participated in the national event annually since 2016. This year, they’ll walk for CHOP’s Trisomy 21 Program, where Mateo’s been a patient since he was a baby. Though he’s mostly nonverbal, Mateo is meeting many milestones, including recognizing sight words and reading his first book! Says his mom, Tanita, “We walk to celebrate our son and to bring awareness to the Down syndrome community.”

Nine-year-old Mohamed likes to be the center of attention, and he loves to make people laugh. “Whenever he sees someone down, he wants to brighten their day,” says his big sister, Amira. This joyful little boy joined the Trisomy 21 Program at CHOP after a suggestion from a family friend, whose child also has Down syndrome. Mohamed loves clinic visits, where he can see the friendly staff and play with all the fun toys!

Navy comes from a big family — including six older siblings! His parents are very active in supporting CHOP, which began when their oldest daughter was diagnosed with cancer. The family is participating in CHOP Buddy Walk® because “we want the kids to understand there’s more to life than what we give them,” says Navy’s mom. Although 15-month-old Navy needed surgery shortly after birth to correct duodenal atresia, he’s grown by leaps and bounds with the help of the Trisomy 21 Program. He can crawl, eat solid foods and even say a few words!

Proceeds benefit the Trisomy 21 Program
at CHOP and the National Down Syndrome Society. 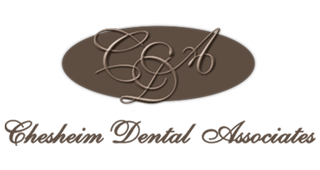 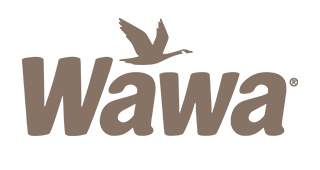